Recently, I was given a Visa gift card from a friend, which ultimately was given to her from someone else. She’d been holding onto it for over a year, with no particular need to use it and owed me for something so offered it up since she had no cash with her at the time. I was fine with it because I would find a use for it somewhere but quite honestly, had planned to hold onto it and use it with some other things as I have a birthday coming up.

We had no idea that she was being ripped off by ridiculous fees and that the value of the card (originally $25) was now down to $16. I tried to check the balance when the card didn’t work on 3 separate attempts to use it, and found out there were $3 charges on the card each of the last 3 months. I called the number on the back of the card to ask about what the charges were, one of which was dated last week, when I had the card already but had never used it. I thought it might have been compromised, but no, that wasn’t it at all.

Prepaid Credit Cards are not “gift cards” and thus not regulated the same way gift cards are. Many years ago, there was a lot of outcry over gift cards fees and balances expiring without being used and those are now by the wayside, at least in Ontario where I live. Prepaid credit cards fall under the category of bank cards so fees are regulated federally, and there is really no regulation on the fees themselves. Let the buyer beware!

The fine print is there for anyone to read, so it’s not likely fitting the definition of “illegal” but I’m calling it a scam nonetheless. Here’s why: 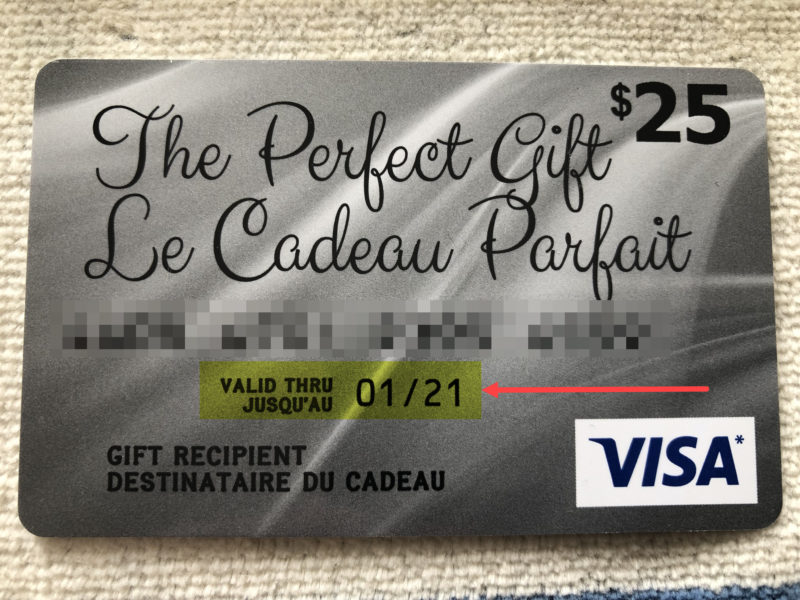 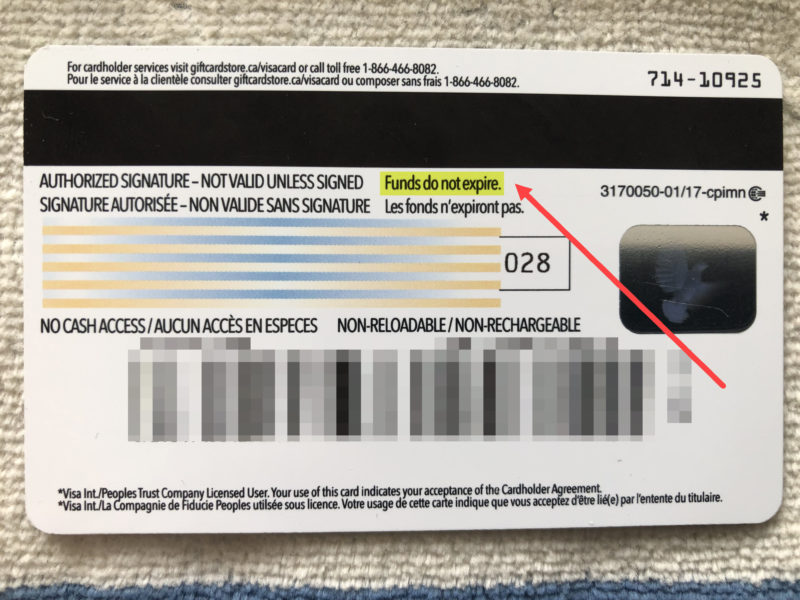 My warning to you

If you have a prepaid credit card, especially one that resembles this (very common in our area at places like Shoppers Drug Mart), dig it out and check the balance. If you have had it less than a year since activation (date of purchase), it still should have the full balance on it but after 12 months, the $3/month fee starts kicking in.

If you have purchased prepaid gift cards and given them to others as gifts, you may want to give them a heads up. Sure, it’s not your problem anymore but it’s your money you spent to buy them, and I’d be pissed if I purchased something and the recipient got nothing out of it.

Personally, I will never purchase one again nor will I hold onto one for too long after getting one. I’ll turn around and use it to buy a regular gift card if I don’t have an immediate purchase in mind before I let one sit unused again.

Lesson learned, fortunately not an expensive one, but it could have been! The branding is “The Perfect Gift” but to me it’s more like “The Perfect Scam”.