Today’s story actually starts 2 days ago. You see, I was scheduled to fly in on Saturday, not today (Monday). I had registered to attend eOne Solutions’ SmartConnect Boot Camp, a 2-day course before the conference begins. I was willingly giving up more of my Civic Holiday long weekend to learn some new skills. However, that didn’t pan out and today I’m starting this as I’m sitting in the airport trying to fly one more time!

Long story if you’re interested: I was on a 3:30pm flight to MSP (Minneapolis), and then a 8:30pm-ish connection to Fargo. Early in the day, I started getting flight delay notifications. First a 3-hour delay, then multiple delays after that. 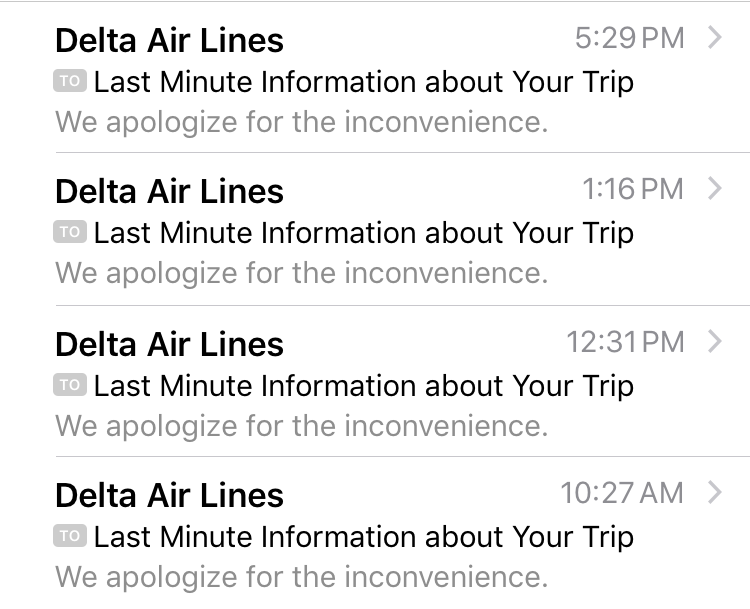 After the 2nd delay, I was no longer going to make my connection and they re-booked me on a 10:05pm flight. After the last delay notification, I was no longer going to make the connection at all and thus wouldn’t get to Fargo on time for training. The earliest I could get to Fargo would have been mid-morning Sunday after training had already begun.

So, I decided to change my flights entirely to Monday and postpone training. I had already left for the airport for what I thought was a 7:30pm departure when I received the last notification. I was on the phone with Delta the entire drive to Toronto working through my options.

Earlier in the day, I used the power of social media to vent to Delta and was rewarded with a voucher ($100) to compensate for the delays. When I re-booked, I asked about an upgrade to first class and she told me it was only $60! Sweet. There went the voucher. :)

The flight ended up departing at 9:15pm that night. Glad I made the switch as it gave me another full day of my long weekend back! 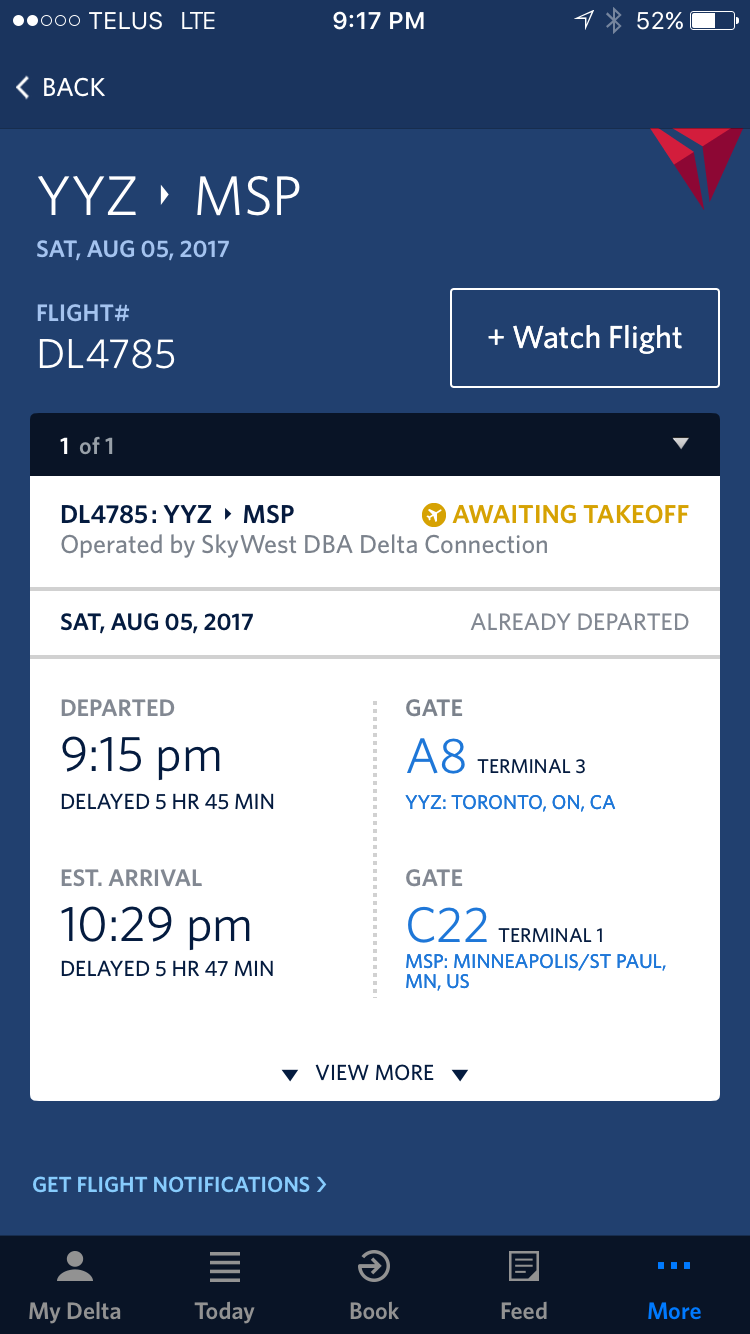 Getting to Fargo, Monday edition

I re-booked specifically on an earlier flight to avoid possible equipment delays, which was Saturday’s issue. Lesson learned: with the late afternoon flights, you’re at the mercy of the preceding schedule if something else is delayed.

I checked the status of my flight while sitting in my car in my driveway and it was on time. I was no more than 10 minutes from home en route to the airport when I saw an email and text from Delta with a flight delay. Apparently being on time is hard! I kept driving to the airport as I knew I had more options for alternative connections if needed and I had to get there today.

The Toronto leg of the flight left late, but not as late as originally stated. I haven’t seen a flight delay be scaled back before (less of a delay). That meant my connection was not going to be as tight as I feared.

By a complete stroke of luck, the plane that went from Toronto to Minneapolis was also the plane that is going from Minneapolis to Fargo. So, not only did I not miss my connection, I barely had to move to get on the next flight. I merely had to get off the plane as normal and wait at the same gate to re-board. Nice to have some travel gods smiling on me! 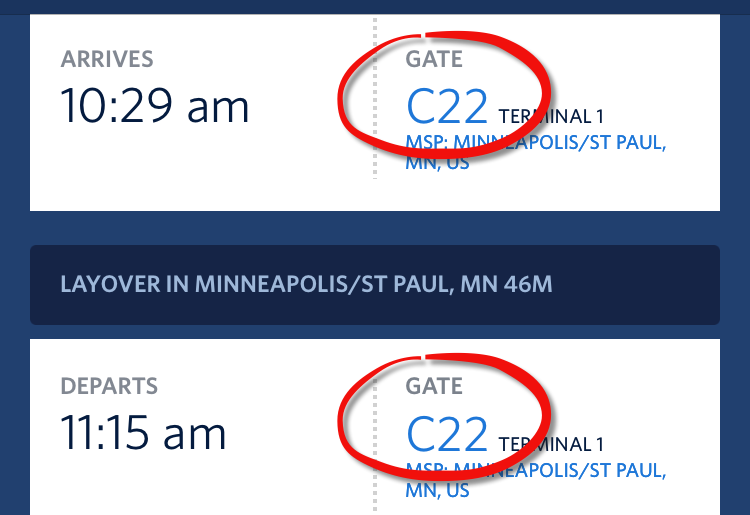 The rest of the day

I caught the nearest cab to the hotel and fortunately was able to check in right away, despite it only being around 12:30pm. I unpacked and got sorted there, then went over to the Hilton where registration was and picked up my pass for the week. I didn’t see anyone around other than the DCI folks at registration, so I went for lunch and then wandered to the West Acres Mall for my annual visit to the Roger Maris Museum, and a quick wander around there and Best Buy. It’s always interesting comparing pricing on electronics in the US vs. Canada.

I walked back to the hotel, did a bit of work, then went over to the pre-conference reception at the Hilton and caught up with fellow MVPs, Pam Misialek and others I’ve known for years.

I got a chance to chat with Aaron Berquist, another GP Canuck. Aaron used to blog, then got busy with work, and now has started his own company (link removed, no longer valid). He’s here for the first time as a partner, having worked for a GP customer before, and thus never able to attend this conference.

I was also able to meet for the first time Chad Bruels, who I’ve “known” on Twitter for a while. If you want to meet Chad, just look for the tallest guy in the room, and I’m pretty sure that will be him. ;)

Last but not least, I finally got to meet Teri Carpenter, who I talk with every couple of weeks on a Dynamics Pros exam item writing team, writing questions for a new GP Distribution exam.

After so much talking and socializing, I had to bail out of the reception and get some solo time. I’m pretty much an introvert, although it’s harder to notice at these conferences because we all have something in common so conversation comes a little easier. After a while though, I need silence and time to recharge my own batteries. So, I went off to dinner on my own to Granite City and then went back to the hotel, worked on some website changes and just relaxed.

The rest of the week I hope to blog once a day about the day’s events but might not get to them “each” day on the same day. Follow the twitter hashtag #GPTechConf for all the tweets and activity of the week from all sorts of people!