This is not my typical #TipTuesday blog. I’ve missed the last 2 Tuesdays, and I promise to get back to a regular schedule by end of this summer!

In its place is my take on what I look for when considering who to vote for in the GPUG All*Star awards voting process plus a little bit about the difference between a Microsoft MVP and GPUG All*Star.

So, let’s get to it! It’s that time of year again – GPUG All*Star voting] time! First, here is some background information for those of you who may not yet be familiar with these programs and awards.

To start at the beginning, right from their website, GPUG is the “(Dynamics) GP User Group”, run by Dynamic Communities Inc. (DCI for short). DCI provides educational & collaboration opportunities via their various user group sites as well as running events for their user group communities.

Here is a pic of all of the user groups they run and manage:

Each community (User Group or “UG”) has their own All*Star program (at least most of them do!), and the program is the same or similar in each one: to reward and recognize individuals who have a passion for their product and have made significant contributions of their time to the community/UG. This is the definition:

The GPUG All-Star Award program recognizes GPUG members who have a passion for Microsoft Dynamics GP and have made significant contributions of their time and expertise to educate and connect the greater GPUG community.

The GPUG All*Star award recipients are nominated and voted on by community members annually.

The specific criteria on which the GPUG All*Star award is based is:

The voting deadline is August 30, 2019. The only 2 “rules” are you cannot vote for someone in your own company and you must be a current GPUG member to vote.

From Microsoft itself, here is one of their definitions:

The Microsoft MVP Award Program is a way for Microsoft to say “thank you” to independent technology community leaders who have demonstrated exemplary ongoing commitment to helping others get the most out of their experience with Microsoft technologies.

What’s the difference between them?

There are a few differences, as much as the definition of what they are based on sounds very similar. Make no mistake, both are an honour!

I’m one of the lucky few who have been awarded both a GPUG All*Star award (last year in Nashville, TN) and a Microsoft MVP award. 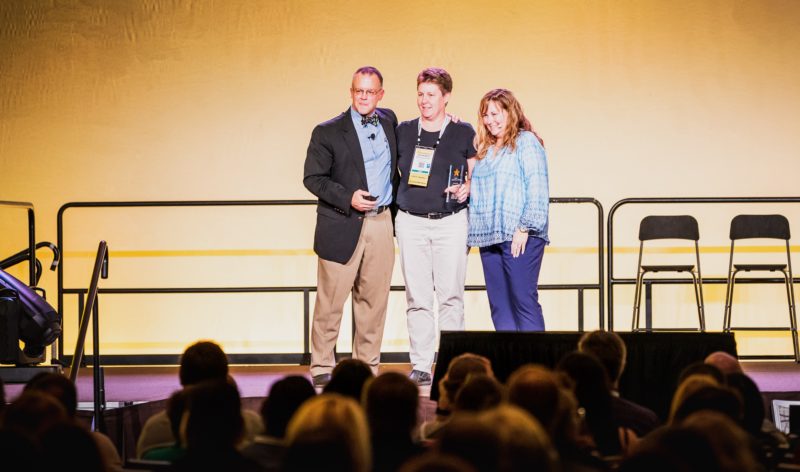 I feel quite honoured to be one of a very short list of those who have or had both at a point in time. There are 22 GPUG All*Stars so far, with 5 of us being current Microsoft MVPs and 4 more of the list being former MVPs, not to mention an impressive group of outstanding individuals who have contributed in various ways to the GPUG community over the years. I’m thrilled to be included in this list!

If you are a GPUG member, whether you’re a User Member or Partner Member (partner/ISV/consultant), it’s a great way to recognize someone that has stood out for you in the community as going above and beyond the call. You may find you don’t know someone on the list, which is OK, you don’t have to vote for both a user-member and a partner-member!

What do I consider when voting?

Everyone is on the list because someone nominated them – or I suppose because they nominated themselves (although I hope that’s not the case, if you do good work, you will be recognized!).

While I don’t necessarily know all the User Member nominees, there are certainly several names that are familiar to me, having seen their contributions in the Open Forum or meeting them at a conference like GPUG Summit. Many names will be recognizable to those engaged in local chapters across the country & in the communities outside of the USA. If you see someone in your local chapter who consistently is giving back, please consider voting for them! In my opinion, those in the local chapters are often most overlooked since many users who are voting don’t know them!

When it comes to voting for User Members, I’m looking for people that have contributed regularly but I am often wearing blinders of who posts on the Open Forum unfortunately as there is no regularly active chapter near me. My personal criteria are to look at how they communicate as well, choosing to vote for those who make quality, meaningful contributions in their own way.

When it comes to voting for Partner Members, I have a different, higher set of standards that I’m (personally) holding someone to if considering voting for them.

Every few years, there’s a trend in the GPUG Open Forum where one or more partners or consultants will seemingly answer every post whether it needs answering or not, without allowing users the opportunity to help each other. Every consultant can easily sit there and answer every question, that’s what we do, but it robs users of the chance to help each other out first. To me that feels like a blatant disregard for the spirit of GPUG and user groups in general: it’s a USER group, not a help desk. We seem to be in that cycle again, and it’s disheartening to see. For me, when I see that, I pull back from contributing because either (a) every question seemingly is already answered (but not always by users!), or (b) even if I do answer some people think it’s useful to pile on with no real added value. Those reading this who wonder why I’m not on the Open Forum much these days, that’s why. I’m choosing not to be a part of that and will wait for it to inevitably die down.

I am passionate about the community but also jaded in things like this. I recognize my place is to let users help users and pitch in when I see no activity or potentially when I see a thread going sideways with possibly inaccurate or misleading information. I will almost never comment on an existing post unless I feel the answers have been inaccurate or misleading or it’s the type of question soliciting a wide range of opinions (as opposed to a “how do I” kind of question). That’s how I operate, that’s not how everyone operates and that’s just fine.